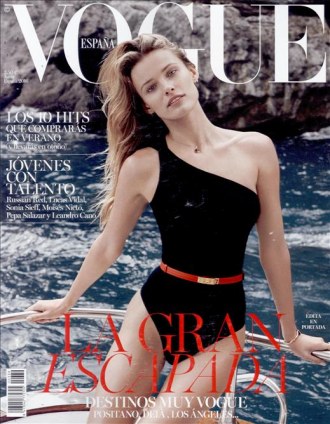 Vogue Espana, also known as Spanish Vogue, is published twelve times a year. Using a wonderfully eclectic eye, Vogue Espana features mostly models for covers rather than celebrities. Vogue Espana has a healthy emphasis on fashion from the world without forgetting it’s own Spanish heritage of beautiful and lively colour and movement. Although the latin version of Vogue en Espanol is often confused with Vogue Espana and even called Spanish Vogue, they should not be confused because of the difference in content. Vogue en Espanol is mostly recycled from other editions of Vogue, while Vogue Espana always uses original content and covers. Vogue Espana often features spanish photographers Juan Gatti and Nacho Pinedo and Mexican Enrique Badulescu as well as European photographers Jacques Olivar and Thomas Schenk. Vogue Espana has been published since at least 1988.

I FOLLOWED DOJA CATS VOGUE GUIDE TO E GIRL BEAUTY AND THIS IS HOW IT CAME OUT….. | Arnellarmon